Many employees in the United States are covered by the Employment Retirement Income Security Act (ERISA) said Springer Ayeni, the ERISA Act was enacted in 1974, to make sure that the pension and health plans that cover employees meet certain standards based on the federal law.

ERISA is overseen by the Employee Benefits Security Administration (EBSA), which is a division of the United 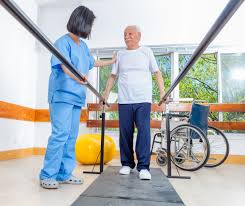 Stated Department of Labor (DOL). Many lawyers do specialize in this field, and are your best bet should you have any legal matter concerning ERISA you need to discuss.

Disability claims are quite a complex area when it comes to the ERISA law. It can take an ERISA attorney a long time to learn all of the nuances contained in the ERISA law. For starters, the law is not particularly clear, and is not ideally fair. Nonetheless, in case you have been denied some benefits, regardless of whether you are covered by ERISA or not, professional ERISA attorney can help you recover the benefits you rightfully deserve.

ERISA Claims
Many insurance companies tend to delay or even deny a person’s ERISA long-term disability claim altogether. An insurance company may deny you your ERISA benefits for a number of reasons, including an improper filing of the documentation, or based on the severity and type of injury. If your long term disability claim has been denied, you only have a few days (180 days is mandated) to request a review of the denial of your ERISA claim.

During this time, you might have to fill a number of documents, which need to be accurately filled out and filed timely. You are also required to submit personal information coupled with evidence to prove that you are entitled and eligible to the benefits you have been denied.

Hiring an ERISA Attorney
Most people file for an ERISA disability and health insurance claims partly because they are at a difficult crossroads in their lives. They could be facing a rather permanent lowering of their standard of living, dealing with an end of a career they loved, or even coming to grips with various health problems. Such situations often lead to despair and even depression.

However, you should never be embarrassed of having to deal with powerful emotions, or needing help. As such, it’s crucial that you get yourself a professional ERISA attorney you can trust. Since ERISA cases are often complex and difficult, you need to find yourself an attorney who has a near perfect track record representing clients in ERISA appeals cases.

Realtor, Photographer. Creative. Seeker of Joy. Lover of Life. Traveler and curious about the universe.